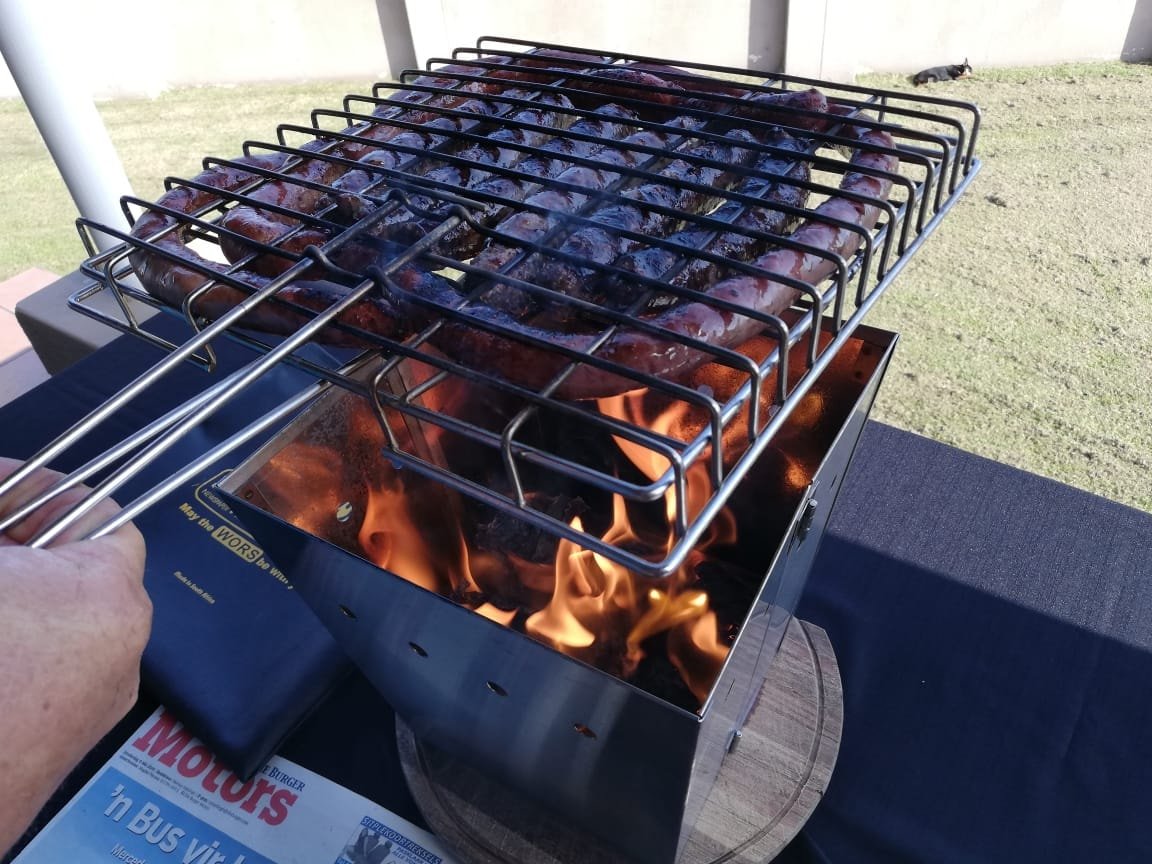 Boerewors is Afrikaans for “farmer’s sausage”. It’s so popular in this country that it’s practically a staple food

In their early pioneering days, boers (farmers) made large quantities of sausage on their stopovers while trekking across the country to escape Colonial rule. From then until the 1960s, what later became known as boerewors, was made and consumed in South Africa only. Nowadays, as any boerewors lover will tell you, there’s little surprise in the fact that it’s produced and enjoyed in other parts of the world too.

Every South African boerewors creator has their own, often jealously guarded recipe, which includes a carefully considered mix of choice meats and of spices, preferably toasted. These spices traditionally include a combination of coriander seed, black pepper, nutmeg, cloves and salt. Salt and vinegar are used to preserve the meat, which, packed into a sausage casing, looks much like a long coil.

Step away from the man with the braai tongs

Cooking boerewors is something of an art and loaded with personal pride and reputation. Even if your great Uncle won a prize in a sausage cooking competition, desist from offering advice to the man with the tongs. The atmosphere, if not already a little smokey with the delicious waft of boerewors cooking, could become a little tense and iffy.

“Boerie” or simply “wors” as it’s affectionately known in South Africa boasts a respectable 90 percent meat content for a generally reasonable price. Like most sausage, it also has a high fat content, which adds to its delicious, succulent, full texture and flavour and is, arguably best prepared on a grill over hot coals. However, while boerewors is synomous with outdoor cooking or “braaing” (barbecuing), it can just as easily be cooked in an oven. Regardless of cooking preference, it has a delicious taste that’s genuinely incomparable. Boerewors flavours also differ from region to region and every butcher has his or her own recipe. What is important is the quality of the meat and ingredients used. The rest is all up to the creativity of the maker and your taste buds.